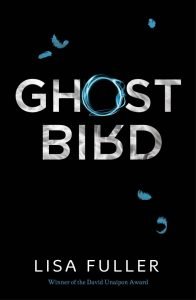 GHOST BIRD follows the tale of Aboriginal twins Laney and Stacey, who grew up in their lower-middle-class rural Australian town. Their idyllic life, however, is thrown for a curveball when Laney mysteriously goes missing after going out with her friends. Through a bizarre series of premonitions that fringe on the supernatural, Stacey becomes obsessed with tracking down her sister and ensuring her safety. Her trials and tribulations, which lead her all over her town and beyond, ultimately unearth old lore about the tenuous relationship between native and British Australians in the small town.

I really enjoyed this novel. It was a splendid mix of horrifying and heartwarming, and I loved every moment of it. The setting of a rural Australian town was a setting that I had never really properly explored in my reading life, but I thoroughly enjoyed how grounded it made the story’s plot as a whole. Too often have I consumed media that follow the same beats when it comes to setting–the old, abandoned house or hospital, the graveyard, etc–but by grounding the novel in a setting that all Australians–especially those who live in Kyneton–made it much more believable and by extension, a lot more terrifying. I was really able to connect with the novel a lot more because of this factor and felt that it should be praised for writing about.

I also really enjoyed the way this novel was written, from the cleverly-written characters to the plot. The plot in question was not completely different from what readers may be used to but still manages to convey a tone and stance that sets it apart from other books. I usually criticise novels for not fully explaining all of the loose ends before finishing the novel (yes, Rules For Vanishing, I am looking at you) but I really felt as though Fuller tied up all necessary angles, but left some parts completely open to interpretation. This acts as a neutralisation between the readers and the writers, and a good relationship between these two is, for me, what makes a novel perfect.

I really liked the characters in this novel, too. The believable relationship between the two girls set a proper tone for the whole novel. By developing their relationship right off the bat, it made the overall disappearance of Laney much more resonant with me. We were really able to feel the loss that Sracey felt through the wording, and I genuinely felt attached to the cast, even though they perhaps could’ve done with more backstory, though that would be extremely nitpicky on my part.
With a solid story, poignant descriptive language and a positive cast, Ghost Bird is a horrifying romp for teens all over Australia.